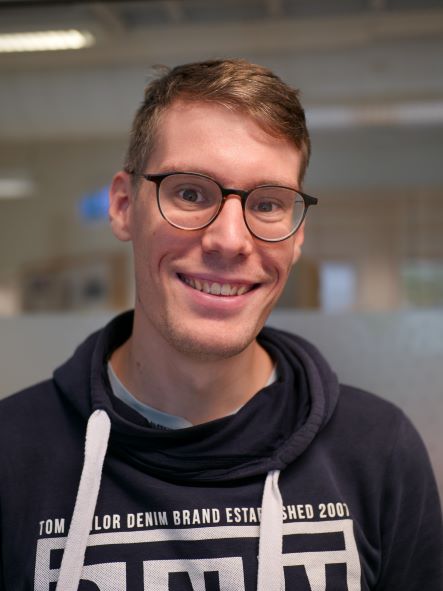 Bram Danneels is our new Postdoctoral Fellow who has joined the CBU as part of the EBP-Nor project to help develop tools and pipelines for the efficient and high-throughput assembly and annotation of the eukaryotic target species, under supervision of Michael Dondrup and professor Inge Jonassen. Bram got his PhD in Bioinformatics at Ghent University. After his PhD, Bram did a short Post-Doc with prof. Aurélien Carlier at the LIPME where he analysed RNA-sequencing data from the Dioscorea-Orrella symbiosis and investigated the Dioscorea sansibarensis plant genome.

During the PhD Bram worked in the lab of prof. Aurélien Carlier (part of the Laboratory of Microbiology (LMG) at Ghent University), where he studied leaf symbiosis from an evolutionary perspective. They investigated mainly the symbiosis between the Zanzibar yam (Dioscorea sansibarensis) and its bacterial leaf symbiont Orrella dioscoreae. Bram studied the diversity and evolution of the symbiont’s genome by using comparative genomics on metagenome-assembled genomes from plants collected from different geographical regions. He also studied leaf symbiosis between the plant families Rubiaceae and Primulaceae with bacteria from the Burkholderiaceae family. During his PhD, Bram spent 2 years at the Laboratory for Interactions between Plants, Microbes, and the Environment (LIPME) in Toulouse, France.